For Fun Montana Our Adventures Uncategorized

One of my favorite things to do at night, is to sit outside and just listen, especially on warm evenings. I like to listen in my yard, but also when I am camping or backpacking. It is surprising how noisy it can actually be, without car and people noises. Even though I live in the woods, the wind from the canyons and the rushing of the creek sometimes overwhelms the animal sounds. My son especially loves to sit outside before bed and listen. He can barely count to ten, but he can identify most of the night animals just by sound.

I find it calming and meditative. It is also a nice way to end the day, by engaging with nature. Yesterday evening, as we waited for the moon rise, we sat outdoors and listened. The first thing we heard was the squeaking of the bats, because they come out just before dusk, to pick at the insects. A whine from a mosquito buzzed in our ears, and my son swatted it away before he could become a bug buffet.

Many birds were winding down for the night including the robins and the blue jays. A palliated woodpecker pounded on the house and flew off with it’s obnoxious call. The longer we sat outside the lower the sun dipped behind the mountains, until only a warm glow peaked out from the western mountain peaks. Squirrels and chipmunks chattered as they burrowed in for the night. And then there was a hush, as if the earth was taking a deep breath before gearing up for another noisy symphony.

Owls hooted and a large big horned owl swooped down into the field nearby. A sharp squeak, and then it rose again, a mouse in it’s talons. The coyotes yipped not far away and we waited for the wolves to start howling further up the canyon. Sometimes we can hear them, if we listen very quietly. The wolves rarely come down from the mountains,and I have never seen one, but I know it is always a possibility.

Please note, this post may contain affiliate links. By clicking on those links, I may earn a small commision at no cost to you.

A cricket chirps, startling my son and then he giggles. He is waiting so patiently, because he knows what will come next if he waits long enough. And then they come, several deer, walking very quietly into the yard. We can barely see them, but he knows they are there. They whistle to each other and he claps his hands.One of them startles and moves farther away from the others towards the tall grasses by the fence line.I hear a rustling sound and then we hear something that sounds like a kitten mewling, but deeper. Mama deer has found her baby.

We have heard a few times the scritch-scratch sound of a bear climbing down a tree. And once, we even heard the screaming of a mountain lion, so chilling that it gave me goosebumps. Those are the time we quickly dart back inside, before we can be noticed. It’s part of living in the mountains in Montana, still wild in many places.

Now my son knows it is time to go to bed because the sounds are dwindling. The herd of deer have moved off out of the yard and everything is still. He yawns really big. “Night night deer. Night night mama.” I scoop him up and carry him inside. He snuggles in to bed and I know he’ll be dreaming of deer and owls and bats as he sleeps and of forest adventures.

Have you ever sat outside at night, just listening? What is the most interesting night noise that you have ever heard? While siting outside, have you seen any interesting wild life? Or, have you heard something but couldn’t figure out what it was? For bird noises, I like to use BirdNET. It uses the sound and your GPS to identify the bird. If you enjoy the outdoors, listening to night night noises is a great way to get outside more. As always, be outside with no limits. Love, Pauline

This site uses Akismet to reduce spam. Learn how your comment data is processed. 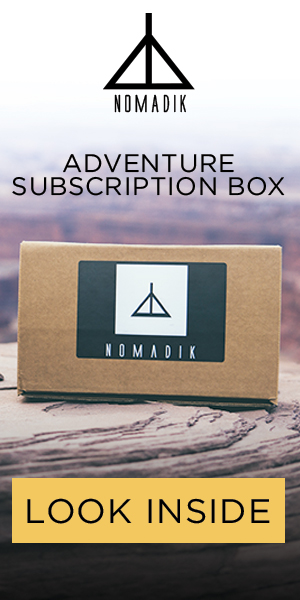 All About Everest Ep. 2: Dead Bodies on Mt. Everest

All About Everest Ep. 1: 18 Facts on Mount Everest

The Best Fishing Gifts for Any Fisherman 2021